More than ecological sensitivity as the bill increases

In the midst of the storm of rising energy prices, which has hit households and businesses with all the consequences for the economy that we know, the latest edition of our Italian ‘Green Home Smart Home Annual Tracking’ has shown a note of hope.

In this most recent iteration of the study, it was cheering to note that the curves of responsible energy behaviour are really taking off (we’re talking about turning off LEDs, keeping the heating to a minimum, etc.). 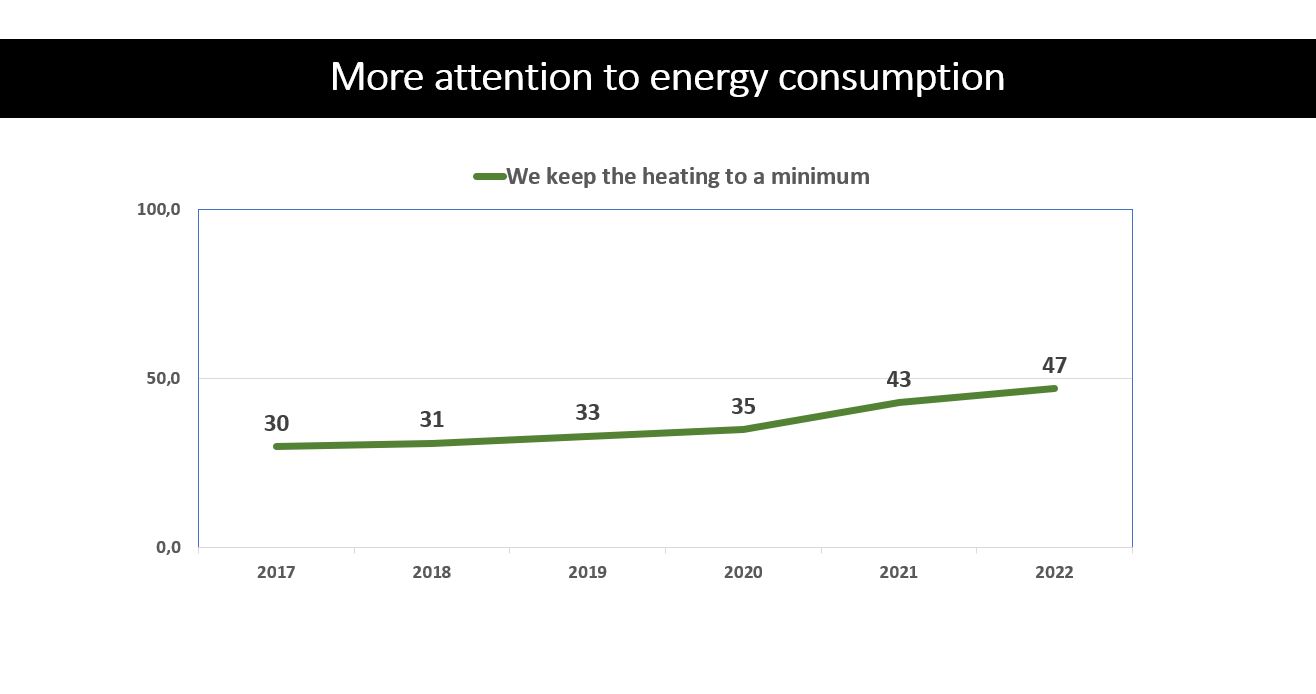 In previous years, although it seemed that the ecological sensitivity of the Italian population had grown largely only attitudinally i.e. whilst discussions on safeguarding the planet had become trending topics, words were not followed by deeds – behaviour was not noticeably changing .

But now something has shifted. In other words, it was only when we were noticeably hit in the wallet that we decided to implement a whole series of responsible practices aimed at saving on energy consumption. After all, what else can households do?

Having noted so many interesting findings in Italy, we look forward to uncovering similarly important insights when we roll the study out across other European markets – initially UK, France, Germany and Spain.